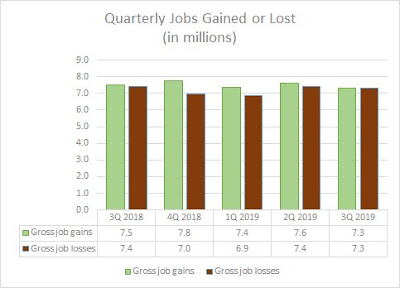 In the last six weeks, 30 million people have filed for unemployment. This quarter the economy is likely to destroy closer to 50 million jobs than it's typical 7-ish million.

What does this mean? To counter this unprecedented level of destruction we will need unprecedented levels of creation. One tactic is to preserve businesses that will hire back once this is over. The other - complementary - tactic is to launch a tsunami of startups, turn cheap money (interest rates are absurdly low) into precious jobs. A third tactic is to literally create new infrastructure, knowledge and industries.

We should stop having infrastructure weeks and start an infrastructure decade - included in that the creation of green energy solutions that hasten the obsolescence of oil. Also, start spending as much research and development for federal departments like Housing, Transportation, Energy, Interior, and Education as we do on Defense.

We have a huge economic problem that will only get more complicated. Like any problem, we'll have to create our way out of it. When you have more destruction, the solution is more creation.