What Lay Behind Freud's Obsession with Sex

"Sometimes a cigar is just a cigar."
- Freud, the guy who smoked about 20 of them a day.

A waitress probably has a distorted notion of how important food is to us. People talk to her a lot about food.

I loved visiting Freud's first office (and apartment) in Vienna. It turns out that most of his theories were wrong but his notion that our motivations are subject to scientific inquiry turns out to be valid. In the office (now sort of museum) you get a sense of the exciting possibility of better understanding what haunts us and what makes us happy. I felt tickled in the same way that I was when I got to be at Stanford Research Institute where the first node of the first internet connection was. To be at the origin of something that momentous was very cool. 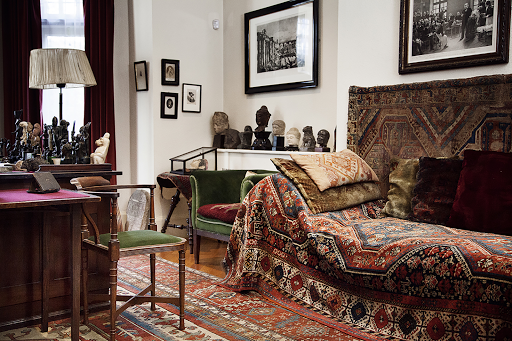 I was surprised to learn, though, that Freud's famous "couch" was actually a bed. Freud wanted his patients to have a comfortable place to lie as they engaged in free association or responded to questions. So, he heard a lot about sex from people lying in bed. And then concluded that sex is behind so much that motivates us. Perhaps in the same way that a waiter or waitress could tell you how obsessed people sitting at a dining table are about food.

But I'm no analyst.
Written by Ron Davison