Why Capitalism Might Yet Topple Democracy (It's Not How You Think) 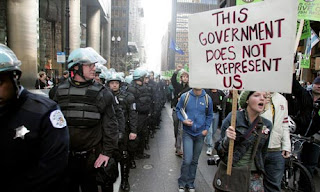 In just the last decade, you can walk into frozen yogurt shop and make a dessert that has exactly the mix of nuts and berries and candies and yogurt that you want. You make it. It doesn't matter if you want 44% granola and 18% syrup and the rest yogurt or 77% berries with a topping of yogurt and nuts. It's yours to customize exactly as you want. During that same time, pizza places have emerged that let you instruct folks about exactly what sort of toppings you want and in what quantity. And then they cook it with surprising speed: fast food customized.

You might have terribly obscure tastes and yet you can find what you want in the modern market. You like Afro-pop? You can find hundreds of songs online, even if no one else in your dorm or suburbs has even heard of the genre. You think it's a shame that Hank Williams and George Jones don't get enough play on country stations? You can train Pandora to play them often on your custom radio station.

The market caters to individuals and as the costs of manufacturing - anything from songs to cars  - drops, it is easier to make custom or niche products for people of fairly modest means.

Every year the market comes closer to giving you exactly what you want, no matter how antiquated, futuristic, marginal or mainstream are your tastes. It really is a triumph.

But of course that makes politics look bad by contrast. Politics is the art of compromise, the practice of translating individual desires into group consensus. In that sense it moves in the opposite direction of capitalism. While capitalism caters more and more to the individual, politics pulls us into a wider world full of people who have very different sensibilities than us.

Your odds of walking away from the cash register happy are very high. Your odds of walking away from the polls happy are fairly low. In the US, after a presidential election, roughly 49% of voters wake up the next morning horrified and gut sick. In the UK, where voters recently got to choose between about a half dozen parties, it was 63.1 percent of voters who woke up shocked and dismayed that the conservatives won an outright majority with just 36.9% of the vote. We often think of democracy as a "majority rules" government but in the UK, it is a majority who are guaranteed to lose. (David Cameron's Conservative Party had only to win the most votes in a majority of voting districts in order to make him Prime Minister. Given the average voter could choose between about a half dozen parties, "the most votes" could work out to about 30 to 40%. Do that in 51% of districts and you are the ruling party.)

You think that climate change is a hoax? Well, the good news is that you can find a rich stream of talk shows, articles, books, and videos that confirm your belief. But when it comes to voting, you'll have to reconcile your worldview with that of people who are convinced that it is the biggest threat to human life since the Black Plague.

The best bet for political activists - from Occupy Wall Street protesters who camp out for months in public places to Koch brothers who fund chosen candidates with millions of dollars - is that they won't get what they want. Even if your candidate gets in, chances are that at some point he'll make a decision you find reprehensible.

All of this means that the likely outcome of voting is the opposite of the likely outcome of shopping: you will not get what you want. Or, more precisely, you will at best get some vague approximation of what you want. Your vote will get smudged together with hundreds of million other citizens (and when it comes to international policy, it's more like billions). Your policy pizza might not have the toppings you wanted. If might not even be pizza.

So as markets become more sophisticated and evolved, politics looks more crude and alienating by contrast. Which turns off more and more people from politics.

For now, markets are making governments look bad. And this means that voters whose naive expectations of getting what they want has been shaped by markets are going to become more disenchanted by politics. The consequence? The average person will have less and less influence over outcomes in politics and will put more and more energy into markets.

If markets topple governments, making your vote ineffectual, it will likely be because they have made your dollar so very effectual. Every decade we become less able to think about ourselves as part of a group and think more of ourselves as individuals. The market is made for that. The polls are not. This simple fact could make democracy an experiment that lasted only centuries in the long history of civilization.

Betting Against the Euro Zone

About a dozen friends sign a pact. They are going to become better people. They debate a few variables and finally agree to the same workout regime (jog three times a week, weights twice), same diet (2,500 calories max each day, dessert just twice a week), same education goals (one TED talk and one book a month), and same social calendar (one big outing with friends every month, one smaller one each week). And they are going to all contribute 20% of their take home pay to an investment account, on track to early retirement.

This sounds pretty good. By the end of the year they will all be fit, socially healthy, richer, and smarter. This is going to be amazing.

But of course it won't work. Some friends will be too stressed by their job to spend even more time with people than they've spent during the week. Others won't be able to resist that new pizza place down the street and will gain 5 pounds in a month trying their exotic new flavors. Someone else will need to run out to Vegas, liquidating their 401(k) betting on football. People are different and none of us are as impressive as our intentions.

Which brings me to the eurozone. I'm no expert on European nations but I know they have very different cultures. More importantly, they are at different levels of development and they're probably even on different development paths. While they may have common goals for spending and deficits, it's not obvious that they'll be able to converge on these goals. Plus, given they face different realities, they likely need different policies.

I've never really understood how they might get their very different countries aligned enough to benefit from very similar policies. It seems to me that they need different monetary policies from one another but of course that's a very difficult thing to do when they share a currency.

38% of investors expect the euro zone will break up within the next 12 months. That, it seems to me, is a fairly reasonable bet. 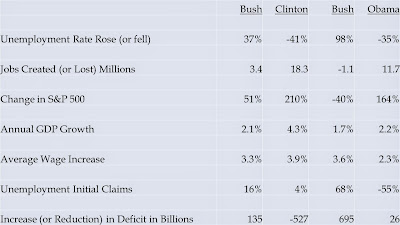 Personalized DNA Analysis Will Eventually Be Something You Can't Live Without

Personalized DNA analysis reminds me of computers in the early 1980s.

In 1983, fresh out of university, I managed a ComputerLand store. People would come into the store to see what they could do and we would show them how cool they were but quite a few people wandered away a little baffled about the hype. If I wanted people to be particularly confused by my excitement, I would expound on how all information - from books and newspapers to radio and TV - could be digitized. Eventually, newspapers and TVs and radios and phone calls will be streaming across digital lines, I would tell people. They would say, "Oh."

And now, of course, computers are unavoidable. 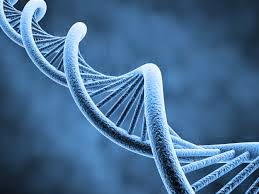 Recently we got 23andMe analysis of our DNA and it very much reminded me of Apple IIe and the first IBM PC. What we got was ancestry analysis, something that showed probable countries of origin for the folks who've contributed to my genetic make up. I found out I have European ancestors, which is almost comical in terms of obvious information. There is not a lot that I learned. My maternal and paternal haplogroup (a specific mutation) are shared by Anderson Cooper, Meryl Streep, Catie Couric, and Stephen Colbert. I am 2.9% Neanderthal - slightly above the average for 23andMe members. And while most of my DNA traces back to British and Irish (33.9%) and Scandinavian (28.1%), tiny amounts trace back to Ashkenazi Jews (0.1%) and Yakut Indians (0.1%). All of that was interesting but not really enlightening. Like the personal computers of the late 1970s and early 1980s, this DNA analysis seems to me more full of potential than actually cool. Yet.

My prediction? We will learn an enormous amount about DNA in the next decade or three. The consequence will be that we will be able to tell new parents that probably their child will need intense physical challenges to develop their potential or need lots of social activity or very little social activity or will do best connecting lots of fast moving ideas or focusing on one big idea. We will be able to tell their community - from parents to teachers to managers - what sorts of conditions are most likely to cause them to thrive and which are most likely to make them freeze up or glaze over.

Through April, the American economy has been creating jobs (11 million) for 55 straight months.This is a record for uninterrupted job growth.

The recovery continues and demand for labor has yet to stall. Unemployment will likely fall more before year end but it certainly won't fall another 4.5 percentage points in the next half decade. So how will continued growth in demand for workers show up? Higher wages.

Companies and city councils will continue to announce a hike in minimum wages. Wal-Mart has already announced this. Just this week, Portland announced a raise for minimum-wage jobs, an uptick to $15 an hour. This change in government regulations and corporation policies will continue to raise wages.

As important as regulatory changes will be, the simple fact of growing demand for workers coupled with lower unemployment will mean that companies will be bidding their wages up. Given that unemployment cannot drop another 4.5 percentage points, wages are likely to start increasing by something closer to 3% than 2%.