Learned something curious from Berkowitz's Sex and Punishment, a book I picked up from the Harvard Bookstore a week ago.

The penitentials offered a labyrinth of penalties and prohibitions. Among other things, it left only about 4 days a month during which it was "legal" to have sex. Even those limits weren't enough: married couples could be prosecuted if they were known to enjoy sex too much. Pope Gregory (~540 to 604) declared that marital sex was blameless only when there was no pleasure involved.

Perhaps unsurprisingly, during the period of the Dark Ages when these penitentials had the most influence - from about 500 to 1050 - Europe's population actually shrank.

So that's kind of interesting. 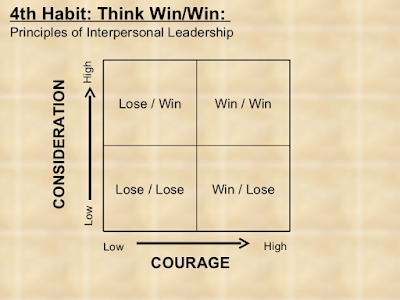 The Economics Behind the 3 Waves of Feminism

1. Wave one feminism most easily characterized by a woman's right to vote came in the wake of industrialization. (It was 100 years ago that women got the right to vote.)  As labor was less about muscle and more about the mind, women could less easily be ignored as equals.

2. If wave two feminism came after the Pill - approved in 1960 - maybe it was about pointing out that with family planning a woman had even more control over how she timed her entry and engagement in the job market. She had the option to take a role more traditionally associated with men. Her biology no longer kept her home raising children.

3. If wave 3 feminism is happening now, it may be coincident with what I see happening: the beginning of the shift from an information to entrepreneurial economy. If the early 1900s was about a rise in product invention, I think that the early 2000s will be seen as a time of a rise in social invention: changing and inventing institutions to accommodate who we are or aspire to be. The old quip about the Model T, "You can have any color you want as long as it is black," in the early 1900s has given way to UX research that tailors the product to the customers. We judge products by how they perform when we use them; curiously, we still judge students and employees by how well they use schools and workplaces rather than judging schools and workplaces by how well they perform for students and employees. What does this have to do with anything? There are institutional changes that need to be made to accommodate (most? some?) women and it's not enough to say to women, "You just adapt to these institutions and social norms that have been made for men." The most obvious of these is that a woman who does want to raise a couple of children will find herself carrying a heavier load in child raising than a man simply because of the biological reality of pregnancy and nursing, etc. One option is to pretend this away, another is to say that women should just revise their ambitions to accept the fact that they can't engage in the same way as men and a third way is to insist on change to institutions to accommodate both their biological realities and their ambitions.  I think one element of social invention will be intentionally adapting our institutions to the people we are rather than the people our grandfathers imagined themselves to be. What I'd call social invention or entrepreneurship.

Put more succinctly,
3. Wave 3 feminism is not just about women's right to participate fully but changing defining institutions to adapt to who women are and aspire to be. It's about shifting the burden of adaptation from women to institutions and social norms.

One of the things that neo-nationalism might signal is a hunger for common culture. We all listen to different music, read and watch different stories and worship at different holy sites.

We share an economy but not a culture. What is economics? A study of how we depend on strangers for our lifestyle. Some people find that unsettling.

It takes less time to listen to a song than read a book or watch a movie. This might be why 4 of the top 5 people (counted by followers) on Twitter are musicians. (Obama tops the list, followed by Katy Perry, Justin Bieber, Rihanna, and Taylor Swift.) Music might be the most effective cultural glue we have.

Prediction? Eventually politics will devolve into a people - bored with policy and disappointed by politicians - voting on what song will be the national anthem for the next couple of years.

Then politics will really get ugly.