Trump as Your Rogue Mailman

Trump creates so much daily chaos that it is easy to lose track of why Congress has moved ahead with impeachment hearings. A simple analogy to explain his conversation with the Ukrainian president might help.

Congress authorizes social security payments. Of course, they are just legislators so they don’t actually deliver the check to recipients. Your mailman – a part of the executive branch – does that.


Imagine that the mailman tells the social security recipients on his route that he’s running for city council and he will give them their check but first they have to make a public statement claiming that his political opponent is involved in a corruption scandal.


Once this is revealed, you would expect an investigation into the mailman’s behavior. You would not be surprised if he were fired.

So, what does that have to do with Trump’s situation?

Congress – the House and Senate – authorized money for the Ukraine. Why? Largely to defend itself from Russia. Russia has already invaded – and now occupies – the Crimea. (Another quick analogy? Imagine that Mexico had taken Texas from the US because a chunk of its residents spoke Spanish. That’s essentially what Russia did by invading and taking Crimea from the Ukraine.) Russia may have plans to take more – perhaps even all – of the Ukraine. The US would rather deter Russia with a show of support than to wait for Russia to again attack and force the US and NATO to either just watch Russia conquer the Ukraine or force a war between NATO (the Ukraine is not a member of NATO but has applied to join) and Russia. Congress wants to check Putin’s aspiration for conquering former Soviet territory.

Trump, apparently, does not.

Just like social security checks, Congress has authorized money for the Ukraine. Just like social security checks, Congress does not actually deliver the check. Trump’s White House – which is, like the post office, a part of the executive branch – delivers that money. And just like our rogue mailman, Trump was using his position of power to withhold money as a way to get something of personal value. He was asking the Ukrainian president to declare that they were investigating Joe Biden for corruption before Trump would deliver the Ukraine money Congress had already authorized.

Trump is not a monarch. He is subject to laws just as every other citizen. And when he uses the executive office to extort foreign heads of state to do him a personal favor, he is as much in violation of law as the mailman who extorts the social security check recipients on his route. 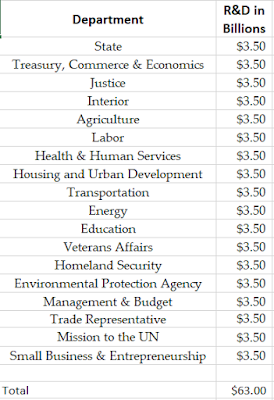